UK bankrupt and no longer independent.

This situation is of enormous global economic significance!

There are several ways that countries are being deprived of their independence and sovereignty. Running out of money because they have lost the ability to balance their national budget. In fact, lost the ability to ever regain a debt-free state. Therefore, they are indebted, and will always be so, to the World Bank consortium.

This is the situation that applies to Greece, who are undergoing the next phase of external pressure to control their internal economy and politics, not to mention the people themselves. And who else? Spain, Portugal, Italy, Ireland. This group has been ‘labelled’ “PIIGS“. Perhaps this will soon be expanded to include UK.  Even Australia may not be immune from similar control if it continues on the path of increasing national debt.

The US is also extremely deep in debt, but seems to have sufficient influence and rides on the importance of the US Dollar in international trading, thereby avoiding a similar fate. Nevertheless, things are changing. Some countries, other than the EC/Euro group are tending away from trading in $US. Also the Euro is living on the edge of viability.

One could ask – why is it so?  Why are so many once wealthy, vibrant countries finding themselves in debt?  Not all have mineral or agricultural export resources, but surely still have the potential to be self-sufficient if desired.

A country like Australia should never have reached such an unbalanced economy, with genuine food and mineral export capability together with huge coal, oil and gas energy reserves. Also an established manufacturing capability covering cars, aircraft and machinery.

The answer, IMHO, is “free trade“.

I believe that this is the case across the world. Countries have sacrificed their economy in the name of free trade. Maybe under-developed countries deserved and should have received some sharing process to improve their lot. But certainly not at the expense of ruination of the assisting countries. That is absurd human behaviour.

Free trade policy did not just come about casually. If researched, I believe it would be found to be a deliberate intervention in the global economy processes. An intervention with intent to destroy viable economies, in fact. Even if this supposed intention were not correct, nevertheless the destructive outcome is clear. NGO involved – WTO. (World Trade Organization).

Add to this the “disease” of consumerism. Great for the importers, overseas manufacturers, overseas exporters and their countries, and consumer personal satisfaction. BUT, not so great if the consumer and the importing country finish up bankrupt!

It is interesting to wonder, if so many countries are in debt, where does the creditor “reside”?

Apparently, there are three “beneficiaries”.

One, the private banking system, certainly the repository of most of the US bailouts supplied (on paper) by the American citizens. The Rothchild’s, Goldman-Sachs and Rockefeller’s in particular. Owners and investors in the successful economies.

Two, the World Banking system, lender to third world and more recently the afore-mentioned otherwise-viable countries driven into debt. IMF and World Bank. Where they might be less cashed up, they have traded that for practically owning actual countries.

Three, the successful economies of Russia, China, India and Brazil. Labelled the  “BRIC” countries. China in particular is the “banker” for the majority of the successful free trade consumerism products. The fact that it holds much of its capital in US dollars and Bonds must be of concern to it, as their real value is a bit uncertain.

This maybe should be a separate post, it is getting so involved. Perhaps it can be that too.

We started off talking of ways of depriving countries of their sovereignty. We come to the second, financial control method by confidence tricks. I refer to the global warming scam. There are many posts on this blog providing supporting evidence for this, but basically the UN instigated the apparent need to control carbon emissions, globally, in order to save the world from calamitous climate changes caused by increasing atmospheric CO2 levels due to mankind’s voracious appetite for burning fossil fuels.

We may be a long way from the authorities becoming aware of them being duped, and they are probably too far involved in country-economic-control/destruction processes to retract, but that is what is happening, IMHO. Countries are willingly sacrificing their control to outside authorities.

Next, we come to take-over by the good old-fashioned method of WAR. Or at least warring methods, but it amounts to the same thing. It involves killing innocent people, usually without justification, often by subterfuge, pretence, lies and false flag incidents.

Examples are Iraq, Kuwait, Palestine, Egypt, Libya, Syria (in progress), and Iran (in planning/set-up stage). Many articles of support for this hypothesis (I think it’s much more than that), are to be found on this blog or here-in linked to other like-minded blogs.

All this is aided by multinational companies gaining power over governments and the media.

I think that provides enough food for thought for the reader. I would welcome feedback (polite), that supports or disagrees with this theme. 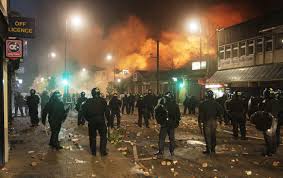 February 27, 2012 – UNITED KINGDOM– In a stark warning ahead of next month’s Budget, the Chancellor said there was little the Coalition could do to stimulate the economy. Mr. Osborne made it clear that due to the parlous state of the public finances the best hope for economic growth was to encourage businesses to flourish and hire more workers. “The British Government has run out of money because all the money was spent in the good years,” the Chancellor said. “The money and the investment and the jobs need to come from the private sector.” Mr. Osborne’s bleak assessment echoes that of Liam Byrne, the former chief secretary to the Treasury, who bluntly joked that Labour had left Britain broke when he exited the Government in 2010. He left David Laws, his successor, a one-line note saying: “Dear Chief Secretary, I’m afraid to tell you there’s no money…

1 Response to UK bankrupt and no longer independent.