This part of my working life came about for two reasons.

Firstly, a period of limited income from a less-than-lucrative attempt at a home-based business.

Secondly, an opportunity of employment in my wife’s father’s family business, a substantial typesetting company based in Melbourne. Dudley E. King Linotypers.

It was a medium size company with a large number of family members, ranging over three generations, but only a few at the time I became involved. My father-in-law, Malcolm Evan King managed a branch of the company specializing in Monotype production, casting and setting lead-composite (mainly lead and tin), type in the form of individual letters, numbers and symbols in a large range of type fonts (styles or type faces) and sizes.

One Monotype machine type did automatically align the smaller sizes of individual letters in small blocks of lines and paragraphs, to be finally composed into pages by hand on the work bench. That casting machine was instructed on the order of the letters by hole-punched paper tapes manufactured by a keyboard operated console. A highly technical process requiring highly skilled operators.

(This method of typesetting contrasted with Lino-typesetting which produced lines of type individually on a different but also keyboard controlled machine. Also a highly skilled procedure but not requiring the paper tape).

A second type of monotype machine was called a “Super Caster” which cast individual single letters etc. for completely manual composing on the bench. Suitable for and enabling quite large symbols to be created.

Moulds, or dies, for all the different symbol sizes, for both machine types, were purchased from the original Monotype company in UK. 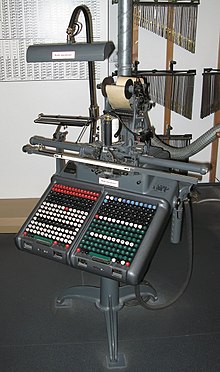 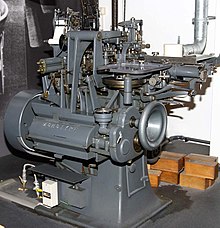 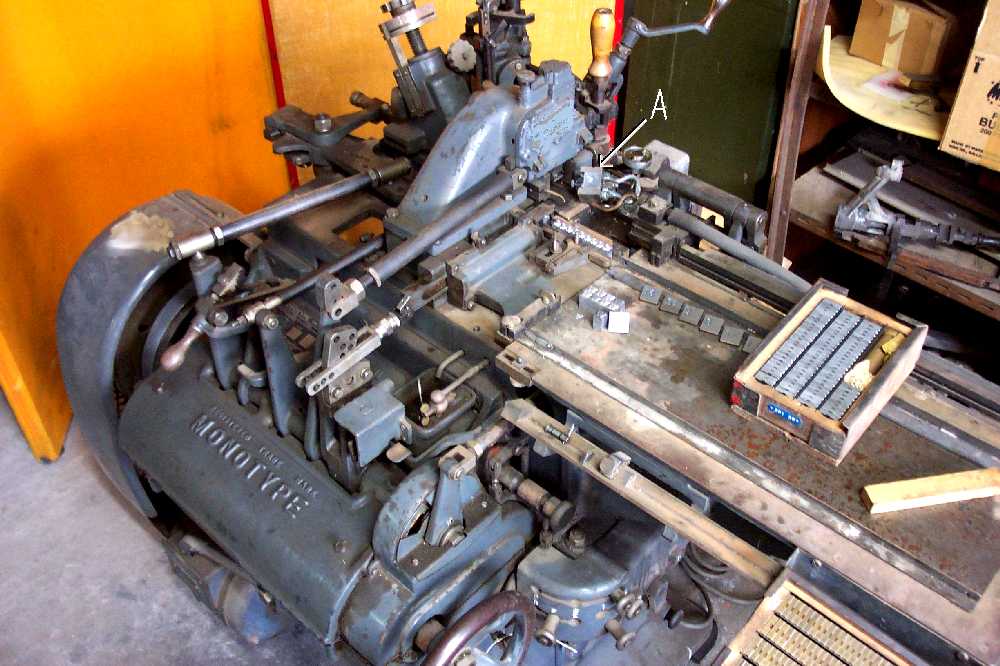 Monotype manufacture enabled a higher precision and a greater range of symbols but was more costly due to the higher manual labour component. It also enabled typesetting of complicated text, as in mathematical and chemical formulas. This made it essential for technical journals and publications. It appealed to publishers of high quality books.

All these typesetting processes were termed hot metal printing processes, because of the casting of metal ingots and moulding a final product using molten metal.

Starting at the bottom at the Monotype department began a period of quite a few years of involvement. (Not phased by terms of “married to the bosses daughter”, in somewhat less polite language, but meant in good spirit as the workers were an incredibly friendly group who respected the boss completely).

The “bottom” meant melting the type metal and pouring it into ingots that fed the heating pots of the casting machines, and other menial tasks. The melting process was, however, the dirtiest and smelliest! How we haven’t all died early from lead poisoning is a wonder.

From there to enjoying proof-reading and, I think, doing quite effectively. Falling back on my original engineering background, coping well with the technical papers from government departments dealing with scientific and industrial research and aeronautical research papers.

Then I was trained to operate the Super Caster so a lot of the work was interesting and fulfilling. From there to pulling proofs, (for proof-reading), and occasional reproduction pages on quality paper and with carefully controlled ink density, providing a basis for photographic printing production. (Learning that there was no black ink, just extremely dark blue which became obvious when cleaning ink from the machines – the more diluted it became the bluer it appeared).

This involvement continued through the separation of Mal King Monotype from the main company and a move from Anthony St Melbourne to Tullamarine. A huge task involving several heavy machines, 2 from an upstairs floor where the removal of a window (by guess who?), was required to enable crane access. Quite an experience, hours and hours of labour, shifting all the equipment including typeset jobs in progress and others requiring archiving.

Fortunately there was an industrial lift that saved much physical stress, but some mental anguish when we over-loaded it and it crashed to the ground floor in spectacular fashion. A repair was achieved by the lift company but probably cost us a Christmas bonus.

In the new company, I became Office Manager and Company Secretary, handling all the accounting, payroll and general office duties.

Still, however, performing the tasks already learned previously – from the metal “foundry” through to super-casting, proof-reading, proof pulling, deliveries etc. All very interesting and fulfilling. A negative side to this was travelling from Blackburn South to Tullamarine 5 days a week. Although very early morning starts were involved, a positive element was a daily 9 holes of golf before 8am work start. To top that off, if we had achieved 40 hours work by Friday lunchtime, we enjoyed a barbeque and off to the Tullamarine Country Club for 18/19 holes.

So we had a spirited “social/sports” club side to the business which made all the hard work, long hours and travelling worthwhile.

Despite the leisure aspects there was no lack of hard and efficient work going on. In the end, it was all in vain as hot-metal type-setting processes became seriously threatened by computerized type-setting (photo-setting) and the company slowly experienced lower and lower turn-overs.

We were also seriously set-back by an unscrupulous NZ book publisher (no reflection on NZ or New Zealanders in general) who caused a negative financial spike in our bank account.

Mal King began experiencing health issues at the same time as the company became no longer profitable, which resulting in sales of redundant equipment and eventually the sale of the company to “All-Type”, a company which could continue using hot-metal type for its rubber stamp business. (circa 1984-5)

The main staff was integrated into All-Type who moved the monotype equipment back into the city.

I worked for the new owner for a few months, including various duties in their Elizabeth St shop. Not a rewarding experience for me, which led to my shopping around for a business that would enable me to move on to a new working phase. (Refer to “Marine Accessories – manufacturing and wholesaling”)

I lost track of the other staff and have no idea how long they stayed with that new company. Actual dates of these latter events also escape me.