Slowly the truth seeps out and is available for public absorption, if they really care about the truth! 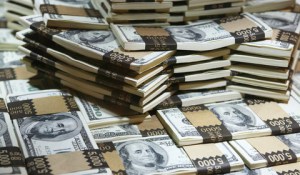 All the money goes to the alarmists

But, but, but… it’s the sceptics that are bankrolled by the rich, right? That’s the only way they could possibly outwit the billions spent by governments on propping up the consensus.

It appears that the environmental movement is the one benefiting from the wealthy’s largesse, with a report by the US Senate Environment and Public Works Committee shedding light on the shady goings-on:

This report examines in detail the mechanisms and methods of a far-left environmental machine that has been erected around a small group of powerful and active millionaires and billionaires who exert tremendous sway over a colossal effort. Although startling in its findings, the report covers only a small fraction of the amount of money that is being secreted and moved around. It would be virtually impossible to examine this system completely given the enormity of this carefully…

3 Responses to US: “Billionaires’ club” controls environmental movement and EPA