Just to stir the pot a little –
Firstly, this does provide a more believable picture of Islam and its goals. Always contentious, but those who wish to to use the Quran as a source of justifying violence against the “infidels” are really only justifying their own evil intentions.

Secondly, it is clearly evident, if looking at a range of sources, to see that the so-called IS group is not a legitimate Islamic idealist movement. They did not suddenly blossom, ( a bad choice of word, I admit), from nothing, to a force to be reckoned with, without considerable outside support. Funding, vehicles, armaments, weaponry, organized leadership, incentive to thrust into places that provide justification for Western intrusion. How many times have you seen videos of supposed IS members praying to Allah in different directions? Where did all their funding and equipment come from? (For one of some references, see https://tgrule.com/?s=ISIS )
Thirdly, a little stretch of the imagination would take you into the world of ‘1984’ (George Orwell) or ‘Brave New World’ (Aldous Huxley), to make it easier to understand the techniques of the ‘ungodly’ in their effforts for world domination.
Close to home (Australia) we now have our ‘esteemed’ PM promoting sacrifice of civil liberties in the interests of combating almost non-existent terrorism in Australia. “Terrorism” that may even be of the set up false-flag variety, or perhaps simply isolated incidents being utilized to his advantage.
So when ISIS, or IS is shown up to be illegitimate by genuine Islamists, we should take note. 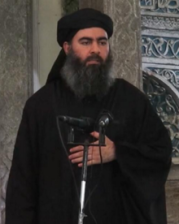 A consortium of one hundred and twenty Islamic Scholars have placed onto the internet an Open Letter to Islamic State (ISIS) leader Abu Bakr Al-Baghdadi denouncing the organization’s violent and extremist actions in the Middle East. The letter, in the form of an interactive website, provides the world with an opportunity to read a perspective of the Islamic State’s affront to civilization from an academic analysis by scholars. The letter addresses the fundamental and basis in canon for disputing the claims of Al-Baghdadi that his is the only pure and legitimate form of Islam–refuting his claims of divine assent.

The original, in the Arabic, is presently being translated into other languages. The English is presently available.

There has been unfortunately much misconception in the Western World that there lacks true dissent to the terrorist outrages in the Muslim World.  This letter can…

Retired Electronics Engineer, most recently installing and maintaining medical X-Ray equipment. A mature age "student" of Life and Nature, an advocate of Truth, Justice and Humanity, promoting awareness of the injustices in the world.
View all posts by Ken McMurtrie →
This entry was posted in 'WAR on(of) TERROR', Civil Liberties, terrorism, World Issues and tagged Australia, ISIS, Islam, Warfare and Conflict. Bookmark the permalink.