This is one of the most important issues – how our children are being educated.
To make an assumption that “the climate science is settled” is one thing. To build our children’s science education on this premise is nothing short of teaching them that the principles of science are optional. Webster’s 1913 Dictionary defines “science” as ” Knowledge; knowledge of principles and causes; ascertained truth of facts. “
It is clear to many, and to most WUWT readers/followers that the very basis of science that we learnt and accepted, has been seriously compromised. The principle of observation/meaurements, hypothesis, proofs, challenges addressed, and the test of falsibility being applicable, has been conveniently altered. In its place we have hypothesis, some proofs, (ones that appear to support the hypothesis), ignoring, denying or censoring any challenges, and similarly doing the latter to any and all evidence that actually falisifies the original hypothesis. The “truth of facts” has not been satisfactorily ascertained. This is so blatant that is beyond the comprehension of this educated person that such a process can take place, remain in place and even become an accepted procedure in our education systems.
Also accepted by governments and other organizations, with the result that major upheavals in financial and political structures are having a direct adverse effect on civilization as a whole.
In this post, the word “brainwashing” appears, that is exactly what is happening and it is having enormous ramifications.
A pertinent extract:

“We find instances of eco-activism being given a free rein within schools and at the events schools encourage their pupils to attend. In every case of concern, the slant is on scares, on raising fears, followed by the promotion of detailed guidance on how pupils should live, as well as on what they should think.
In the main body of the report is the statement, ‘The chairman of the IPCC, Rajendra Pachauri has suggested that a focus on children is the top priority for bringing about societal change, and that by ‘sensitizing’ children to climate change, it will be possible to them to ‘shame adults into taking the right steps’”. [15]

Two distinct issues – unsubstantiated claims are being taught, and science is being adulterated.

A relevant article: The Science Delusion – by Rupert Sheldrake 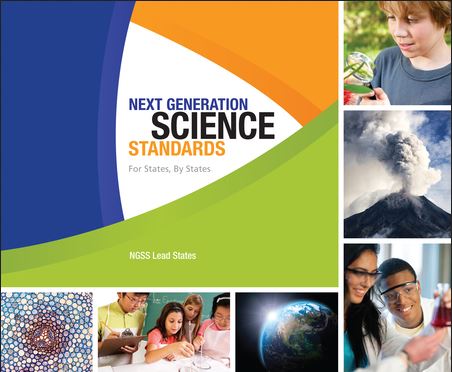 The Next Generation Science Standards provide two new science areas that teachers are to present, students are to learn, and for which K-12 US schools will be held accountable –

Weather and Climate and Earth and Human Activity

Recently, Jim Steele posted a piece here relating to A Framework For K-12 Science Education Practices, Crosscutting Concepts, and Core Ideas – That “Framework” language has recently morphed to this newer “Next Generation Science Standards”. To be clear, we’re addressing the same teaching and learning standards. The education industry seems to be searching for what they might better name this. Jim Steele was proposing a set of activities for science teachers and students using data and graphing for learning and recognizing that such activities are lacking in anything brought forward so far. I wish us to look at a specific target standard.

[References are cited with…