Premier Hodgman on ‘anti-terrorism’ changes: “This is the New World Order”

Something important to consider!
The responses by our government far exceed the evidence justifying them. 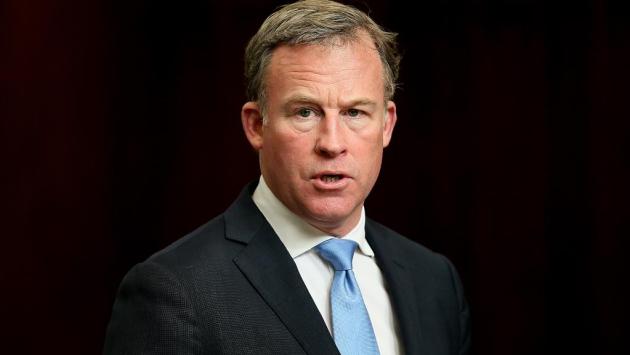 As the mainstream establishment continues to dismiss privacy concerns of advocates across the country, Tasmanian Premier Will Hodgman seemingly showed no reserve when asked his thoughts on the overhaul, declaring “we live in very uncertain times” and “this is the new world order”.

In 2014, following a number of ‘foiled beheading plots’ in Australia, Attorney-General George Brandis and parliament unanimously passed what is known globally as the ‘triple terror’: three individual pieces of ‘anti-terrorism’ amendments to existing legislation introduced by the Howard government after 9/11.

We extensively covered the process and draconian legislative changes in our piece, The Fall of…

Retired Electronics Engineer, most recently installing and maintaining medical X-Ray equipment. A mature age "student" of Life and Nature, an advocate of Truth, Justice and Humanity, promoting awareness of the injustices in the world.
View all posts by Ken McMurtrie →
This entry was posted in Uncategorized. Bookmark the permalink.